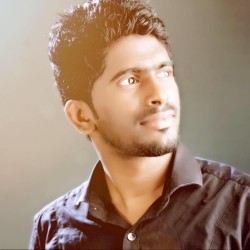 I’m Nishal. I came to Hamon as a UI/UX designer. At Hamon my first project was Lycaeum. Since then I have been handling the UI/UX work for Lycaeum. As a part of Lycaeum project expansion I got this wonderful opportunity to attend the mentoring class of Noufal Sir. This was totally a new experience for me. This is a five months course. For that he gave us a monthly activity calendar.

Daily we have to practise Gtypist in the shell, practise programming and read Technical and Non-technical books which he suggested.

Every Monday a five minutes presentation on a topic assigned to each of us.

We have to tick daily activity progress. This changed me a lot. After seeing all the ticks, my confidence level has increased significantly.

Here I am going to explain about the presentation topic I was assigned to last Monday. Each of the attendees got a different command used in UNIX programming. I got the command shuf.

What is the shuf command in UNIX?

How to shuffle the contents of a file

To shuffle the lines in a file using the shuf command pass a file, files or standard input to the command. The result will be printed to standard output. In the following example we have a list of cards in a file saved as poem.txt This file is ordered by suit and number.

The shuf command shuffles the lines and outputs this to standard output.

How to pick a random line from a file

To pick a random line from a file using shuf use the -n option. This limits the output to the number specified.

To select more than one line change the number.

How to shuffle standard input

To shuffle words passed to shuf in standard input use the -e option. This shuffles items separated by spaces.

If you wanted to quickly decide whose turn it is to make the tea you can use shuf.